The i306 is a WTB Train Bus interface fully compliant to IEC 61375, that includes a WTB controller for the link layer functions. Two medium attachment units (MAU) allow the physical connection to the train bus. Line A and B interfaces are galvanically isolated (enabling cable redundancy) and uses the standard DSUB9 type connectors. The WTB controller, realized with duagon IP in a FPGA, can be configured to act as a strong master or weak master or as a slave. Additionally, it runs the complete inauguration triggered by the mapping server application. To overcome contact oxidation, i306 has an optional builtin fritting mechanism applying a continuous voltage of 48 V between the wires X and Y of both lines. This feature can be switched on and off by the application developer. The UIC 556 mapping server, located on the central unit (e. g. i101, i102, i103), has a direct access to the WTB controller over the backplane. Together they build a flexible WTB Gateway, which is able to communicate with more then one consist network at the same time. The configuration registers and all communication data are accessible by the central unit through a fast and secure point-to-point connection. A built-in supervisory mechanism called «Condition Monitoring» can detect, record and report any off-limit usage, such as bit errors, short circuit on WTB lines, overtemperature, etc. as well as selected user-defined values. Configuring the i306 is done easily and time saving by using one of the five methods defined by IEC 61131. The i306 is designed for harsh rolling stock environments and is fully compliant to EN 50155. 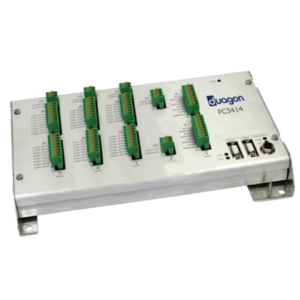 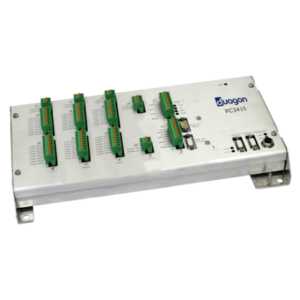